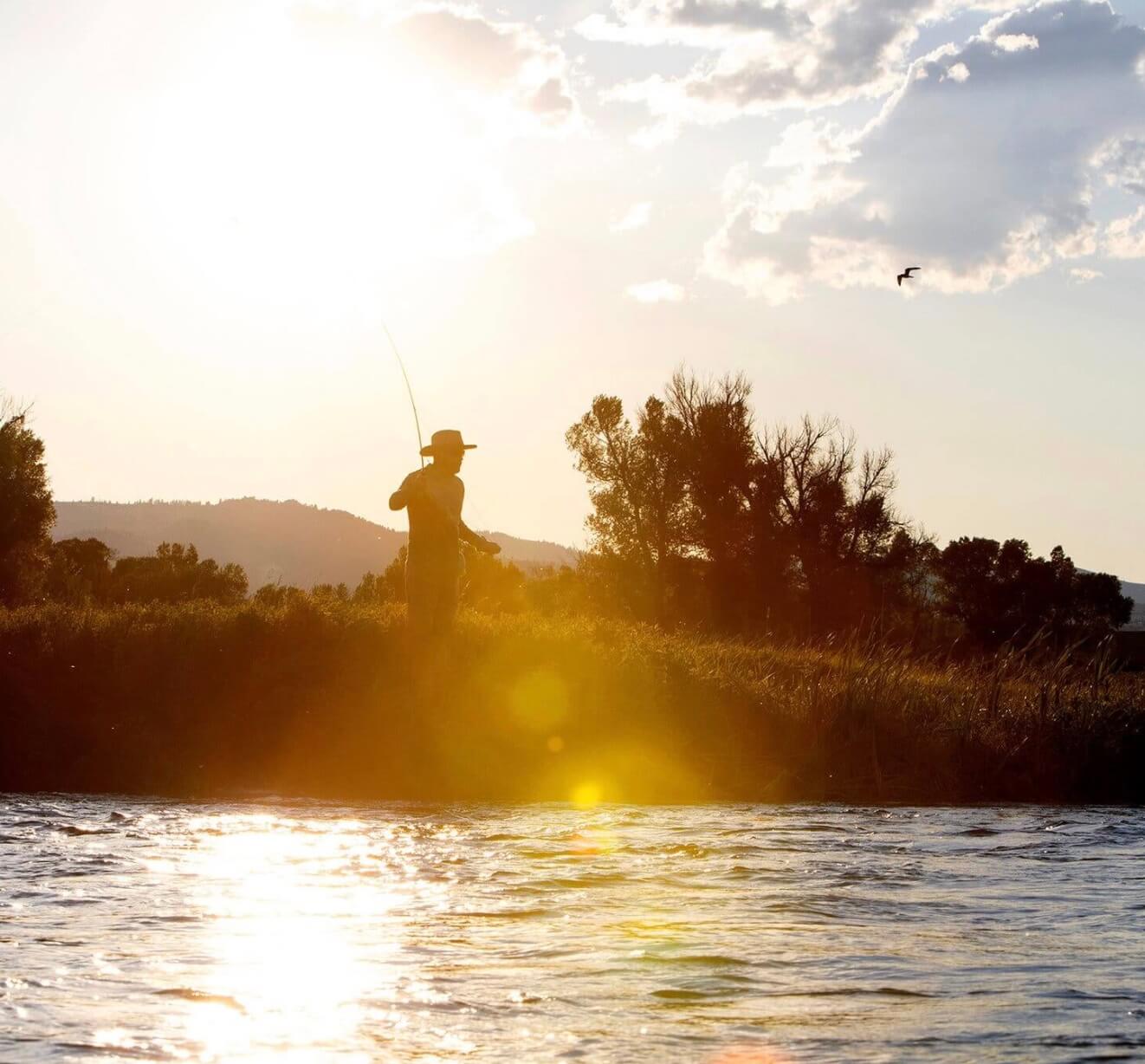 My mom had a point. It was 82 degrees in the shade at 10:30 a.m., the mercury was on its way up, and any fish in Deer Creek were finished with breakfast and on their way down to the coldest water they could find. Still, I continued to gather my rod, reel, and flies, and I set out on the 20-minute walk to my first cast.

The thing about trout, I’d found, is that you never know. I mean, yes, you’re more likely to catch a trout at dawn or at dusk than at noon, and you’re more likely to catch a trout in the riffles at the head of a pool, where hungry fish feed, than in the slow water at the bottom of a pool, where full fish slumber. But still, fish are programmed to bite, right? Throw something out there and you might get a rise.

I was nine years old. I had six dry flies, bought with my allowance, week by week, from the fishing aisle in the grocery store.

When I reached the creek I tied on a Humpy. My favorite fly. It’s round like a bulldog and it floats like a cork, so it’s easy to see on the water.

Another thing about trout, I’d found, is that they know all about return on investment. A fish four feet down will glance at a floating midge and let it pass. The calories spent to catch it exceed the calories it delivers.

I needed a fly that looked worth a climb to the surface. I put the Humpy back in my fly box and tied on a Royal Wulff. Dark green body, bright red waist, calf-hair wings, moose-hair tail. It looked tasty to me.

Forty minutes later, all I’d caught was a sunburn, and in the trees that lined the creek I’d lost three of my six flies. I sat on a rock and thought about lunch. And then I saw a grasshopper, wings clicking, fly from one willow to another.

If my Humpy fly was a French bulldog, that grasshopper was an English bulldog. If I was a fish and that hopper hit the water, I’d wake up.

I tried catching the grasshopper but it flew off. Then I looked in my fly box. The only fly that looked anything like a grasshopper was an Elk Hair Caddis. I picked it up, took out the nail clippers that I used to cut my line, and trimmed the straw-colored hair into a vague grasshopper shape.

I stood up, stepped into the creek up to my knees, stripped some line from my reel, and cast upstream toward a big granite slab that rose from the water like Half Dome, one side sheer and the other side sloped. The fly landed just left of the slab. Then, with a splash, it disappeared.